David Ensor talking at the Global Diaspora Forum on May 14 in Washington, D.C.

Voice of America director David Ensor knows how crucial U.S. international broadcasting is to spreading accurate, objective and comprehensive information. While on a speaking tour earlier this year, Director Ensor discussed VOA’s continued impact with students and members of the diaspora across the United States. Audience members who had immigrated to the U.S. reinforced his message, attesting to VOA’s importance in countries where the government controls or restricts media. For them often the only source of accurate and reliable news came from VOA or another BBG broadcaster. Many in the audience, however, didn’t realize that people around the world still relied on programs from U.S. international broadcasters.

But that may soon change.

Although journalists within the BBG network have been heard around the world for more than 70 years, only recently have the broadcasts been allowed to be made available upon request within the United States. The broader access will make VOA and other U.S. international broadcasters better known in the U.S. and conceivably allow diaspora communities access to accurate, objective and comprehensive news in their native languages.

Happy Fourth of July! As our nation recognizes its independence, Radio Free Europe celebrates its 63rd anniversary — on July 4, 1950, RFE broadcast their first program in Czechoslovakia.

Over the years, Radio Free Europe/Radio Liberty (RFE/RL) have made their mark on history by consistently reporting the news in countries where a free press is banned by the government or not fully established, though the methods in which they have done so have evolved.

When faced with media restrictions, U.S. international broadcasters have consistently been on the forefront of innovation with regard to getting programs to media restrictive environments.

One example from the archives: Between 1951-1956, news was delivered over the Iron Curtain by high altitude balloons. More than 500,000 balloons carried leaflets and other printed materials over the Iron Curtain, to locations including Czechoslovakia, Poland and Hungary. Access to media and information was tightly controlled, and the printed materials from RFE gave audiences a rare view of the outside world.

The technology used today to reach people around the world is much different from the balloons used in decades past. Citizens are able to interact and be involved with the news like never before thanks to new technological innovations, and RFE/RL has developed new ways of transmitting news around the world. For example, in Afghanistan RFE/RL has enjoyed great success with its interactive SMS service, which allows listeners to subscribe to breaking news alerts, access content via their mobile phones and upload user-generated text and video content to RFE/RL’s Radio Azadi. Through the interactive SMS service, Radio Azadi is in regular mobile contact with a quarter of a million Dari and Pashto language listeners.

Innovations such as this span the entirety of U.S. international media. The Broadcasting Board of Governors recently held an event, Innovating at the Speed of News, to showcase some of the ways that they reach people around the globe – ranging from anti-censorship technologies to innovative delivery methods to unique programming.

Through all of these innovations, one thing has remained constant: The critical role of broadcasters within the BBG network in providing balanced news and information to audiences who often lack it, and the essential role of U.S. international media as a model of free press. 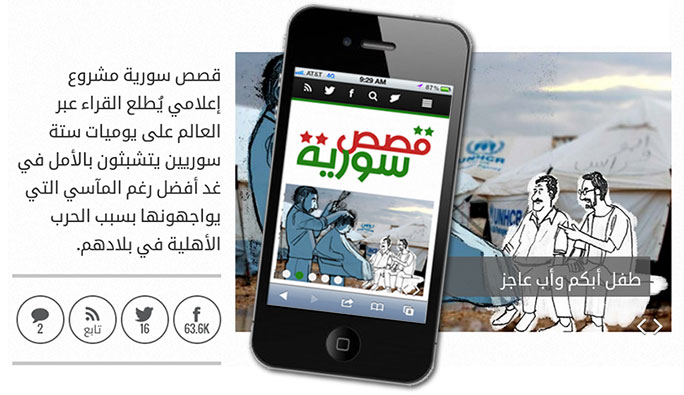 In March of 2013, MBN launched the Syria Stories website at www.syriastories.com. The mission was simple: instead of focusing on ballooning death tolls or curating graphic video, we would focus on six — only six — individuals. We sought out people living inside and around Syria willing to share deeply personal, first person stories with us. With parallels to other wartime diaries throughout history, the project was designed to share lyrical, poignant moments of despair and hope in Arabic from six civilians in the crossfire in real time.

Nineteen young women from Egypt visited the BBG headquarters on Tuesday, March 19, as a part of the Bush Institute’s Women’s Initiative. The group attended a panel discussion with BBG managers and journalists and discussed issues such as access to information, the role of international broadcasting in encouraging that access, and how the press contributes to civil society.

The panelists included Letitia King, Director of Public Affairs for BBG who served as the event’s moderator; Cecily Hilleary, Senior VOA Reporter and Associate Editor of Middle East Voices; and Fran Mires, Executive Producer of Al Youm, Rayheen ala Feen? and Street Pulse at Middle East Broadcasting Networks.  The program focused on two main topics: the role of a free press, and the communication and leadership skills required by women in the media.  Accordingly, they fielded questions about challenges they faced as women in the workplace, balancing work and home lives, and what advice they could provide for future women leaders.

The 19 young women chosen to participate in the program represent six influential sectors in society including health, media, rule of law, education, politics, and business.  They came as part of the 2013 Bush Institute’s Women’s Initiative Fellowship program that was developed to enhance women’s leadership skills around the world with an initial focus on women in the Middle East and North Africa. In addition to enhanced leadership skills, participants also exchange ideas and expertise, empowering them to become a force for change in their home countries and creating a supportive women’s network.

Today is World Radio Day! Here are a few fast facts about our radio operations:

Learn more about our broadcasters’ radio operations on bbg.gov and by following us on twitter. 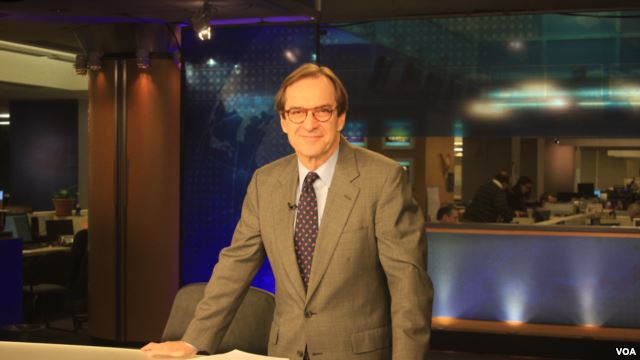 In a world where too many governments still try to keep their people ignorant and afraid, VOA –and its sister organizations Radio Free Europe (RFE/RL), Radio Free Asia (RFA), Middle East Broadcasting Network (MBN) and the Office of Cuba Broadcasting (OCB) — are among some of our nation’s best investments. Around the world, VOA remains a trusted source of unfiltered news, and of information about America.

For millions of people, it is a source of hope.

Read the rest of VOA Director David Ensor’s blog post about how the Voice of America is doing and some of its plans for 2013 here.

Radio Free Asia takes a look back some of the many stories it covered during 2012, including protests in Tibet, new freedoms in Burma, disappeared Uyghurs in the Xinjiang Uyghur Autonomous Region of China, and others.